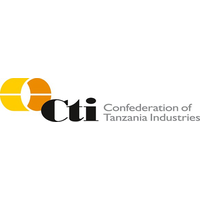 The Confederation of Tanzania Industries (CTI) held a meeting with Officials from TANESCO on 15th June 2020 at CTI’s Board Room. The purpose of the meeting was to discuss various issues relating to power supply with a view to sorting out the constraints facing industries and ensuring provision of adequate and uninterrupted power supply.

The CTI’s 2nd Vice Chairman Mr. Shabbir Zavery thanked TANESCO for accepting to meet with CTI and underlined that such consultative meetings were crucial in ensuring smooth business operations. He commended TANESCO for the improvements it has made to reduce power outages.

The Executive Director, Mr. Leodegar Tenga expressed his appreciation for TANESCO’s acceptance to meet CTI. He insisted that CTI and TANESCO need to have regular meetings to discuss power supply issues for benefits of the two entities.

He said that industries are important TANESCO’s clients since about 50% of the income comes from industries and therefore, unavailability of power is a loss, not only to manufacturers but also to TANESCO.

CTI presented the issues as submitted by members and requested TANESCO address them.  The key issues presented include:

The situation of power supply has improved significantly as compared to previous years. However, some members still consider irregular outages and power surges a big problem. This has caused huge losses, making our industries uncompetitive. The number of surges and outages recorder by some of our members were presented to highlight the problem.

Some members still feel that the cost of power is high and requested TANESCO to consider introducing a lower rate for industrialists.

Members complained that TANESCO has been issuing invoices very late and were being threatened with disconnection. TANESCO was requested to stop the intimidation and issue the invoices timely for smooth business operations.

There has been a tendency by TANESCO to cut the power and later on issue a  notice of ongoing maintenance activities without prior notice.

Some members complained that TANESCO charges remained high even when a plant is not operating.

Officials from TANESCO acknowledged the challenges that industrialists are facing and advised on the effective use of the Regional Managers’ offices in solving the problems. Below are         answers from TANESCO:

The CTI Chairman thanked TANESCO for their responses on the issues raised. He advised TANESCO to contact Tanzania Investment Centre (TIC) for contacts of all new industrial projects that are under implementation in order to determine the projected power requirement/demand for TANESCO’s planning purposes.

The CTI Executive Director requested TANESCO to send to CTI a narrative of what it has done and what it intends to do to solve the problem of power outages and surges in industries. CTI will disseminate the information to its members, something that will enable CTI members and industries in general appreciate the good work of TANESCO.